Here are the other ranch animals! 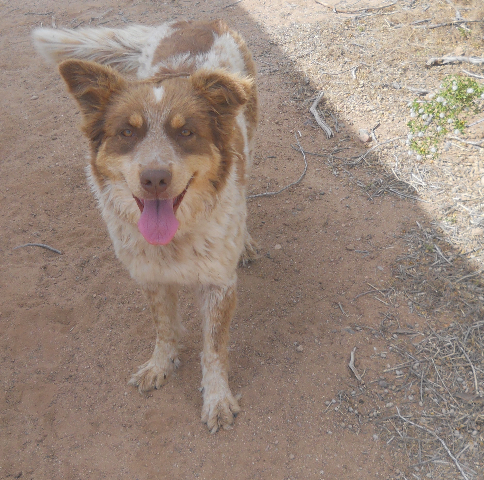 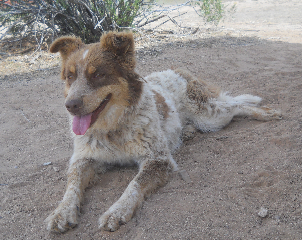 As a young puppy Sparky was a stray wandering on the road. Some friends of ours gave her to us.

Sparky is the best guard dog ever. She protects her people and her goats. Ever since we have had her outside guarding she has scared away the coyotes. She barks at anything that she thinks will hurt anyone. I don’t know what we would do without her!  She is just an awesome dog! 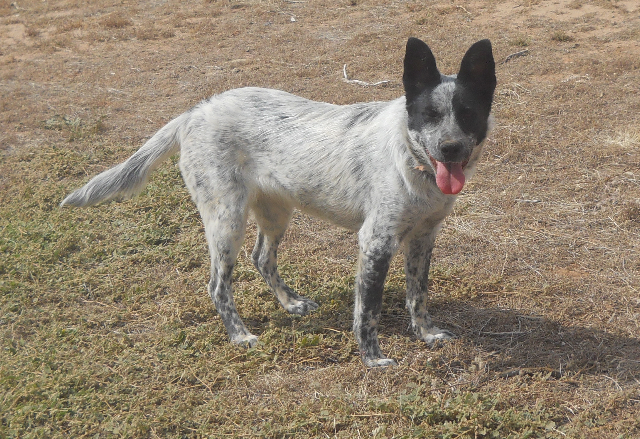 Princess, Princess, Princess. That dog is the silliest pup I have ever seen. She still acts like a puppy and is slowly getting rid of her stashes (well, at least we can’t find them).   She always puts on this funny look whenever she wants attention. She likes to go visit the goats and make sure that they are okay. But, she is more of a people dog, and lets Sparky do most of the guarding.

Rusty is a Quarter Horse, been there, done that gelding.  He’s in his twenties.  I’m working on getting him back into barrel racing.  He’s really sweet, and loves to have his neck scratched.

Shasta is a BLM mustang that I’m training for a mustang challenge competition.  I may or may not decide to keep him, so if not, I will be putting him up for reassignment on here.  Follow his journey on Facebook, HERE!